A Chance Meeting and a Big Hit

Finding a song where you least expect 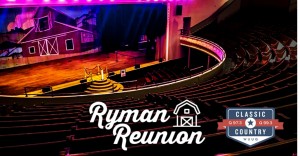 During Monday’s Ryman Reunion hour one of our backtracks was the Tom T. Hall song, “Old Dogs, Children, and Watermelon Wine”. The song was a #1 Country single for Tom in 1972.

Given Tom T. Hall’s reputation as a storyteller one would think that the song was composed as a fictitious story. But in truth, the incident in the song actually happened. Tom was at the 1972 Democratic National Convention in Miami Beach when he had a chance meeting with a janitor late at night in a hotel bar.  He had been hired, along with George Jones and Tammy Wynette, and Ray Price to perform an afternoon show at a park across the street from the Convention Center where the political event was taking place. After the show Tom headed back to his hotel which was mostly empty as the Convention session was going on. He headed to the hotel lounge where he encountered a janitor at work who began a conversation with Tom. And that conversation became the song.

Tom wrote the song on the back of an airsickness bag on the plane trip back to Nashville where he had a recording session already on the schedule. He had the lyrics finished when he arrived at the studio and finished the melody shortly after arriving. The song was recorded and included on Tom’s new album “The Storyteller” that was released a couple of months later and the single itself was released in November of that year. It went on to become Tom’s third No. 1 record and also was nominated for a Grammy award in the category of Country Song of the Year.

You never know where you’ll find a great country song.

Join us weekdays during the 5pm hour on Q97.3/99.3 as we feature three great “wayback” backtracks on the Ryman Reunion.