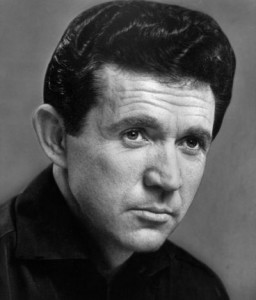 One of our Ryman Reunion backtracks on Tuesday was the great Sonny James and “Young Love” from 1956. That was his first record to make it to No. 1 on the Country Charts and also was a No.1 on the Pop Chart. Although he had a couple of songs make the Top-10 after that, inexplicably Sonny went from 1958 through 1963 without a major hit. The long, dry spell came to an end beginning in 1964 and continuing through 1972. During that stretch he had 21 singles make it to No. 1, including a run of 16 in a row. 4 more records made Top-5 during that time. Sonny’s chart success continued through the late 1970’s.

Sonny was known as “The Southern Gentleman” throughout his career because of his pleasant, polite manner. He had been born and raised in Hackleburg, Alabama and never forgot his hometown. After he retired to Nashville after his long career he would return to Hackleburg for the “Neighbor Days” festival that began there in 2002 and attended every other year for several years. Sonny James along with his backing band “The Southern Gentlemen” was inducted into the Country Music Hall Of Fame in 2007.

Join us weekdays in the 5pm hour for the Ryman Reunion as we go way back three times during the hour with classic Country backtracks on Q97.3/99.3