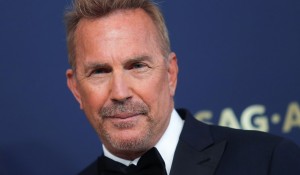 ‘Yellowstone‘ is undoubtedly one of the top TV shows in America during this time. Kevin Costner plays the role of John Dutton, who is a part of the Dutton family, which owns the largest contiguous ranch in the United States, and his character is willing to do anything and everything to uphold that title.

It is no secret that ‘Yellowstone’ is more for the adult audience for violence but can still be tolerated for younger viewers if moderated. However, Kevin gave Extra Magazine information that season 5 will be a next level violent and because of that he will not be letting his younger kids watch it at this time.

Costner knows that he won’t be able to keep his darker acting jobs from his kids forever, but he would like to keep it away until the time is right. He tells Extra, “Listen, a lot of my movies have some of those themes, so they’re going to find them in the course of their life, [and] I hope they find Fandango. I hope they figure out what I’ve been doing with my life.”

Make sure to catch the new season of ‘Yellowstone’ that features two seven-episode halves and premieres November 13 on Paramount Network.