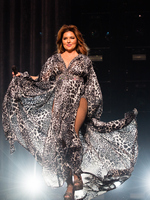 Shania Twain will be the subject of an upcoming Netflix documentary called ​​Shania Twain: Not Just a Girl. The project has reportedly been in production for several years and will document Shania’s career “from a Nashville newcomer to international icon,” according to Country Now. So far, the streaming service has announced two different release dates — July 26th and August 26th.

A trailer for the project was released last month featuring Shania talking about her 1998 hit, “You’re Still The One.”

OMG I love this trailer!! It’s crazy to see my entire career in 90seconds 😂 pic.twitter.com/U9C1yf726L