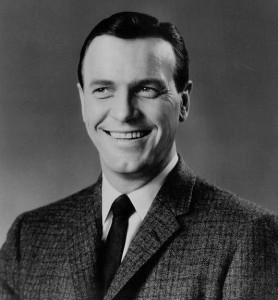 Wednesday on the Ryman Reunion we had a “wayback” track from Eddy Arnold. “Make The World Go Away” went to Number 1 on the Country chart in 1965. The song epitomizes the “Country-politan” style of country music that became highly popular during that time.

Eddy Arnold had an incredible career. We tend to forget how long he was one of the superstars of Country Music.  In a recording career that lasted 38 years, Eddy had a total of 27 singles that went to Number 1 on the Country charts. Beginning in 1945 and running through 1969, he had at least one Top-10 song on the charts all but 3 of those years.

Join us weekdays during the 5pm hour on Q97.3/99.3 as we go for three wayback tracks on the Ryman Reunion.

Are you headed for a sleep divorce?

Leap Into Summer with Zerorez!