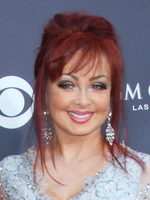 Naomi Judd’s funeral was reportedly held on Saturday (May 7th) at the Country Music Hall of Fame in Nashville. The private event was attended by the likes of Dolly Parton, Vince Gill, the Oak Ridge Boys, Ricky Skaggs, and The Isaacs, according to sources.

The Oak Ridge Boys and Terry Blackwood & The Imperials were among the performers, according to social media posts by both acts.

The service was allegedly recorded and will air sometime in the future. A spokesperson with the Country Music Hall of Fame did not respond to our request for further information at press time.