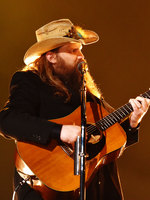 Chris Stapleton surprised the crowd at his concert near Los Angeles on Friday (June 10th) night with an appearance by Justin Timberlake. The two teamed up on “Tennessee Whiskey,” a song included on Chris’ 2015 album, Traveller. Billboard reports he told the audience, “I guarantee that most of you probably know me because of this man I’m about to bring onstage. He’s one of the greatest musical artists that has ever lived.”

Vince Gill invited musician Charlie McCoy and songwriter Don Schlitz to become members of the Grand Ole Opry on Saturday (June 11th) night. Both artists are members of the Country Music Hall of Fame, and each will be officially inducted into the Opry later this summer.